A lifelong horsewoman, Alexis Brasier is passionate about teaching both horses and students with a disciplined, yet lighthearted and positive manner, establishing an environment that is both fun and effective. She is focused on professionalism, partnered with encouragement and positive reinforcement, to create a motivating environment that produces results.

Alexis’, Western Horsemanship Partnership Building, Competitive and Leisure Trail Training are accentuated with a classical philosophy, emphasizing strong flat work. She teaches with a disciplined, yet lighthearted and positive manner, establishing an environment that is both fun and effective.

Alexis is focused on professionalism, partnered with encouragement and positive reinforcement, to create a motivating environment that produces results. Her belief in quality over quantity shows in her dedication to extremely individualized care and attention to detail.

Alexis has the ability to build a strong team with the horse and rider. She is effective at setting high standards for horse and rider and maintaining enthusiasm through both the successes and challenges of the learning process.

Alexis believes riders ultimately have two things they can control: their attitudes and their efforts.

Discipline creates self-confidence, which leads to motivation for achievement.

Even as a child, horses were Alexis’ first passion in life. She began riding Hunters as an eight year old under Felicia Tracy at Emigrant Springs Ranch.  Soon after she received her first horse and in 2003 she received her second horse, breed to the all-around Paint Stud “Par Te On” from Utah. This mare in 2003 blessed Alexis with “Sassie” whom she still rides and trains on today.  This is when she discovered her love of teaching and starting colts. Her training started with notables such as Valerie Greenwell (2004), Russell Grossman (2005-current) and then she went on to the Junior College level establishing her long experience with Colt Starting and Western Horsemanship.

Upon graduating from high school, Alexis attended Sierra College Colt Starting Program and continued to ride under Jack Owens (2007-2010). Alexis was able to develop her horsemanship skills further by regularly participating in clinics and multiple County Fairs with her Sr. Champion “Sassie” (2007-2009). During this time Alexis also belonged to the UC Pony Club throughout achieving her “C” rating in 2008.  In the Fall of 2008 she worked as an exercise rider for Riding High Equestrian, and as a Range/Cow hand through 2011. In 2012-2013 Alexis worked as an Assistant Trainer at Summerwood and at Pomeroy Cutting Horses exercising the Stallions and volunteered at the Shiloh Foundation. Ultimately she decided to reside and train in the area for the following 10 years while starting colts at several barns in Grass Valley, Auburn, Folsom and Loomis and training under David Lichman.

Starting a family, in 2015 Alexis married Russell and in August of 2015 her son was born.

Today, Alexis focuses on Partnership Building and teaching owners skills to finish their own Horse. And Competitive and Leisure Trail Skills Training. 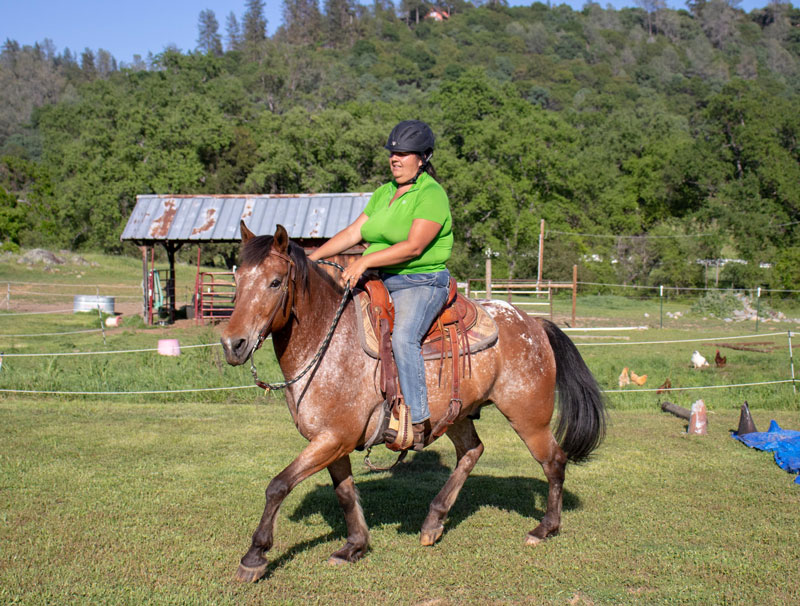 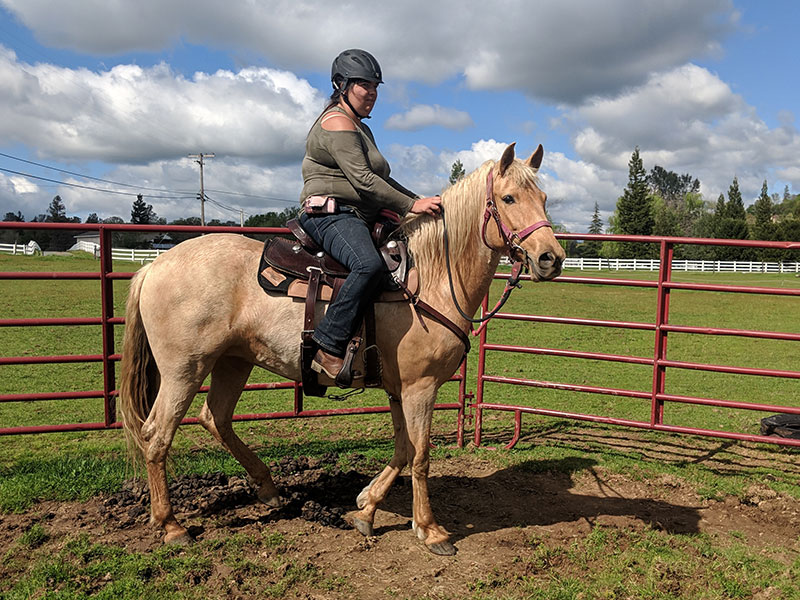 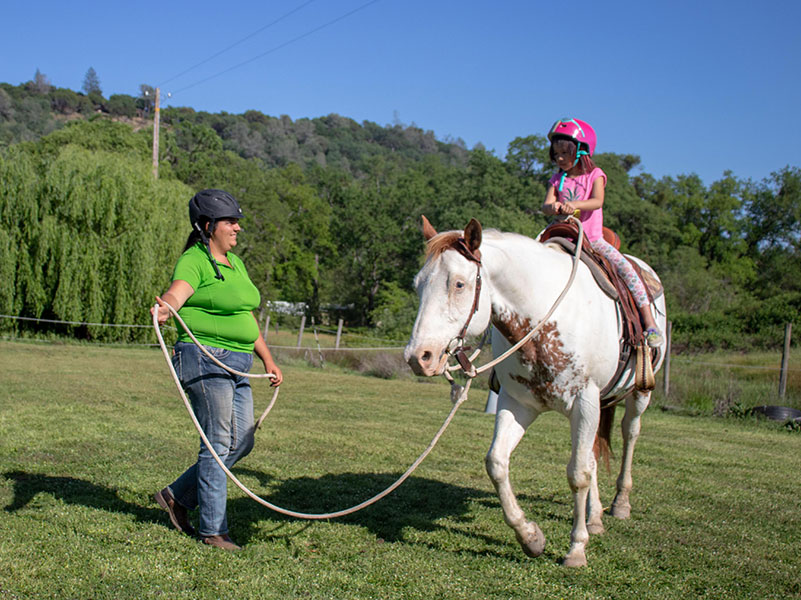 Menu
Pay my bill with Venmo

You will need a Venmo account to pay with this method.